Skip to content Skip to sidebar Skip to footer
Comfort Works Blog & Sofa ResourcesEverything you need to know about sofas
HomeAll Posts...Here’s how much it would cost to...

Let’s face it, your trusty couch has seen better days. It once stood proud as the centrepiece of your living room. But that was before all the years of lunch lounging and couch partying took their toll.

After holding off for as long as possible and trying every pick-me-up in the book, the couch is now in a sad state that no amount of cushion flipping or scrubbing will salvage.

All that’s left is to decide is whether to extend its life through upholstery, or throw it out teary-eyed. We’re here to help you make that decision!

When it comes to the dilemma of whether to reupholster or break up with your sofa, it often boils down to the cost. As you may have heard, reupholstery is expensive (like stupid expensive), there’s no way around that.

There is however more to the story than the price and a few cases where reupholstery is the best choice. Stick around and learn:

First things first, how much does it cost to reupholster a couch anyway?

To understand the total cost of reupholstering a couch, we called several upholstery shops in the US to give us the rundown.

To calculate the total cost of a reupholstery job, you’ll need to take three costs into consideration:

To reupholster your sofa, you’ll need to haul it over to the upholsterers. Unless you’ve found a way to tackle this yourself, it might be wise to seek professional help.

The good news is that you can always call the upholstery studio to arrange transport. If they don’t provide the service, they may refer you to a list of third parties for you to pick from.

How much will this cost? Expect the transport fees to start at $100 for return shipping.

Unless you’ve pre-prepared some fabric for your couch’s second advent in life, you’ll need to buy some from the upholsterers. Depending on your tastes, the fabric part of the bill can vary.

There are many different fabrics you can get your couch upholstered with. The prices range between $10-$200 per yard. For large couches requiring lots of fabric, you can see why this gets expensive.

Here’s a loose rundown of how much the different fabric types will cost. Remember that even the same kind of fabric can have varying quality which may raise or lower the price per yard.

It pays not to have expensive tastes here. Especially if you’re eyeing that vintage Hermès silk print.

Of course, the yardage prices alone won’t paint the full picture of fabric costs. There’s also the question of how much fabric your couch will need. I’ve summarized it in the chart below:

Unfortunately we couldn’t include the yardage amounts for every kind of sofa, which would be too long for this blog post. For a more exact idea of what it takes to reupholster your particular sofa, simply compare it to the closest thing on an upholstery website.

The final part of the bill you’ll need to factor in are the labour costs.

Upholstery isn’t just about stapling some fabric to the cushions and frame of the sofa. There’s a lot of work involved from pattern-making, frame repair, cushion stuffing, pleating, replacing springs/padding and so on.

As you might have guessed, here comes another table with the general cost for the labor component:

Read  Should you reupholster your Pottery Barn sofa?

Do note that the price of workmanship varies from state to state. The cheapest we’ve found in our investigation was $800 for a sofa, which goes up all the way to $1600.

Additionally, costs can vary from project to project within the same upholstery store itself depending on how much work is required to restore your sofa to it’s good old self. For example, cushion restuffing would add on $400 or more depending on the fill type.

Should you reupholster your sofa?

After reading all this, you may be questioning why anyone would reupholster their sofa. The price! The hassle! How can it be worth it?

As it turns out, the people who turn to reupholstery aren’t deranged. There are several situations when reupholstery is the only choice.

1) Sofas were built better in the past

Long ago in a not so distant land, sofas were made to last the ages. One generation ago you could buy an inexpensive quality sofa and have it serve you a lifetime; after which it often gets passed down to the kids.

If you’ve noticed the many antique sofas in thrift stores that still look good and still have their “oomph!” despite their age, then that’s likely why.

Those timeless pieces are bench crafted with hardwood frames, joints that are glued and screwed, 8 way tied spring systems and everything else that makes the sofas of old sturdy as heck.

Nowadays, you can now only expect the average sofa to last a grand total of 6 years.

Even if your couch isn’t the toughest, meanest and most well-built sofa on the block, it doesn’t mean that you shouldn’t reupholster it.

You’ve sat on your sofa, snoozed on it, and built many memories together – it may have watched you grow up.

For that reason, some households would never dream of parting with their couch. It’s family!

In these cases, no one can say that it wouldn’t be worth it to save the old couch. As Marie Kondo says, if it sparks joy you should keep it around – price be damned! (she didn’t quite say it that way)

That said, there are cheaper alternatives to upholstering your sofa you could explore.

As great as upholstery is at rewinding time on the most uncomfortable or yucky looking couches, there are other ways to bring a couch back to life.

Many a time does a couch simply look sad with nothing else wrong with it. In these cases it’s more cost-effective to skip the “pimp my sofa” treatment and replace the fabric with a bespoke slipcover (we sew these right here at Comfort Works).

Not only does this cost far less than your average upholstery job, but the slipcover can also be removed for easy machine washing (except for the vegan leather ones).

They can even be sewn for upholstered sofas which didn’t originally come with a cover. As long as it can be slipcovered, we can make a cover for it!

Now the grand question: How much does a tailor-made slipcover cost for your average 3 seater?

You should expect it to cost anywhere between $300 and $700 for an entry level fabric, depending on the couch.

Not “cheap” for sure but definitely more affordable than reupholstery if you’re only looking to replace the fabric – plus you won’t even need to ship your couch over to us.

On the other hand, just a slipcover won’t do anything for the frame and cushions of your sofa which is why it isn’t the right choice for everyone. But as long as your sofa is in good shape, then it’s worth a consideration.

If you’re interested to see what we can do for your sofa, check out some of our work on Instagram or visit our site to learn more about our fabrics and the various sofa brands we make hand-crafted slipcovers for. 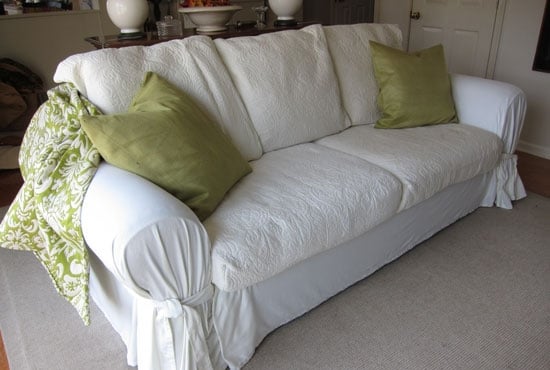 How to DIY slipcovers 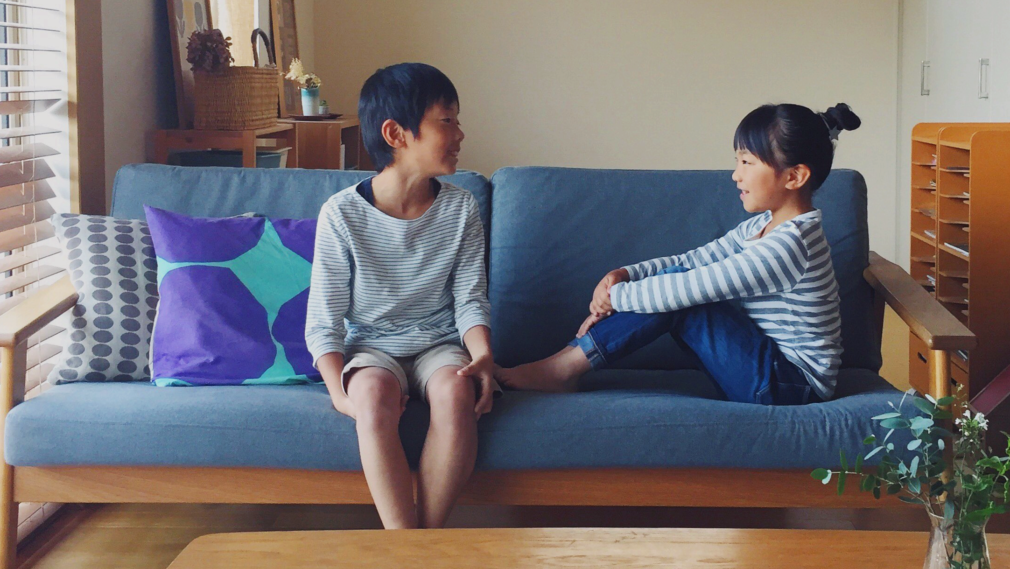 IKEA vs. Custom sofa slipcovers: Which is better? 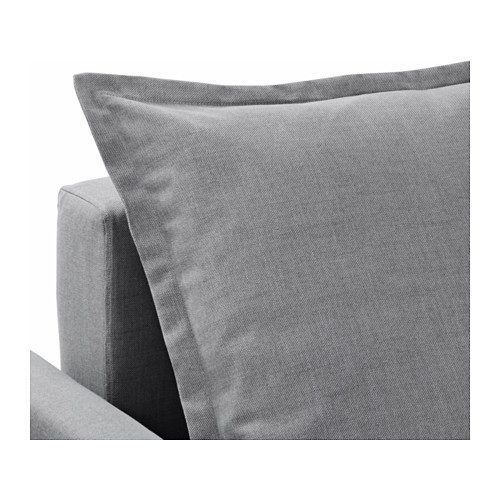 We’re a small, family-owned team of sofa slipcover makers who take great pride in offering beautifully-handmade sofa slipcovers that make your home beautiful for you and your family.

Get to know us better >

We have the largest sofa library in the world. Find out if your sofa could be slipcovered.